Finding God in a Trap House…

When you’re raised in crooked religion, atheism can be very attractive.  Nick Snapp and Marcus Plating have a fascinating conversation with a couple of guys who were raised in religion, turned to atheism and then in two very different ways came to recognize the existence of a Divine Creator.  Both of our guests today have been part of the LGBTQ community and have very different world views of who Jesus Christ is, and what God thinks of them.

One of our guests spent time hanging with satanists and even shaved his eyebrows to become like a Buddhist monk.  Both of our guests have also had miraculous experiences you’ll get to hear about.  We really dove deep into their journeys and unpacked the mindsets they had at various milestones throughout their spiritual journey.

Asa Leveaux, America’s #1 EntreQueerNeur™ Coach, renounced atheism just two years ago.  He has a fascinating story about growing up as a pastor’s kid in a twisted church culture.  We dove deep into how he turned to atheism, and then away from it and into a Universalist world view.

We also invited Leeroy “Cosmix” Alvarez back to the Miracles & Atheists podcast. Leeroy considers himself a simple man with a complex past, he’s a blue collar worker hoping to start up his own insurance business and a proactive member of the local community. Leeroy Alvarez is a gospel rapper, and as an ex-atheist, he says above all, he is a Follower of Christ.

How can God be righteous if He allows people to burn in hell? 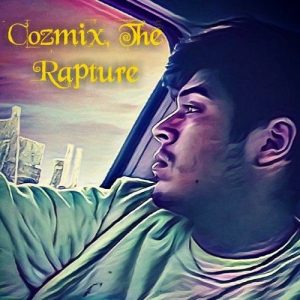